We started the day by meeting our driver Remmy at the hotel for breakfast, then collected Tony and Leslie who were to be our guides for the first part of the trip. Tony grew up in Kkoba village, runs hopeline and set up the women’s centre that we will Vicky tomorrow. Leslie moved to Uganda from Canada in 2004 and runs Real Uganda. 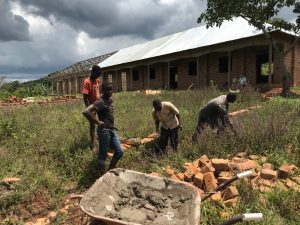