Lawyers and Power Tools Do Mix

HomeLawyers and Power Tools Do Mix 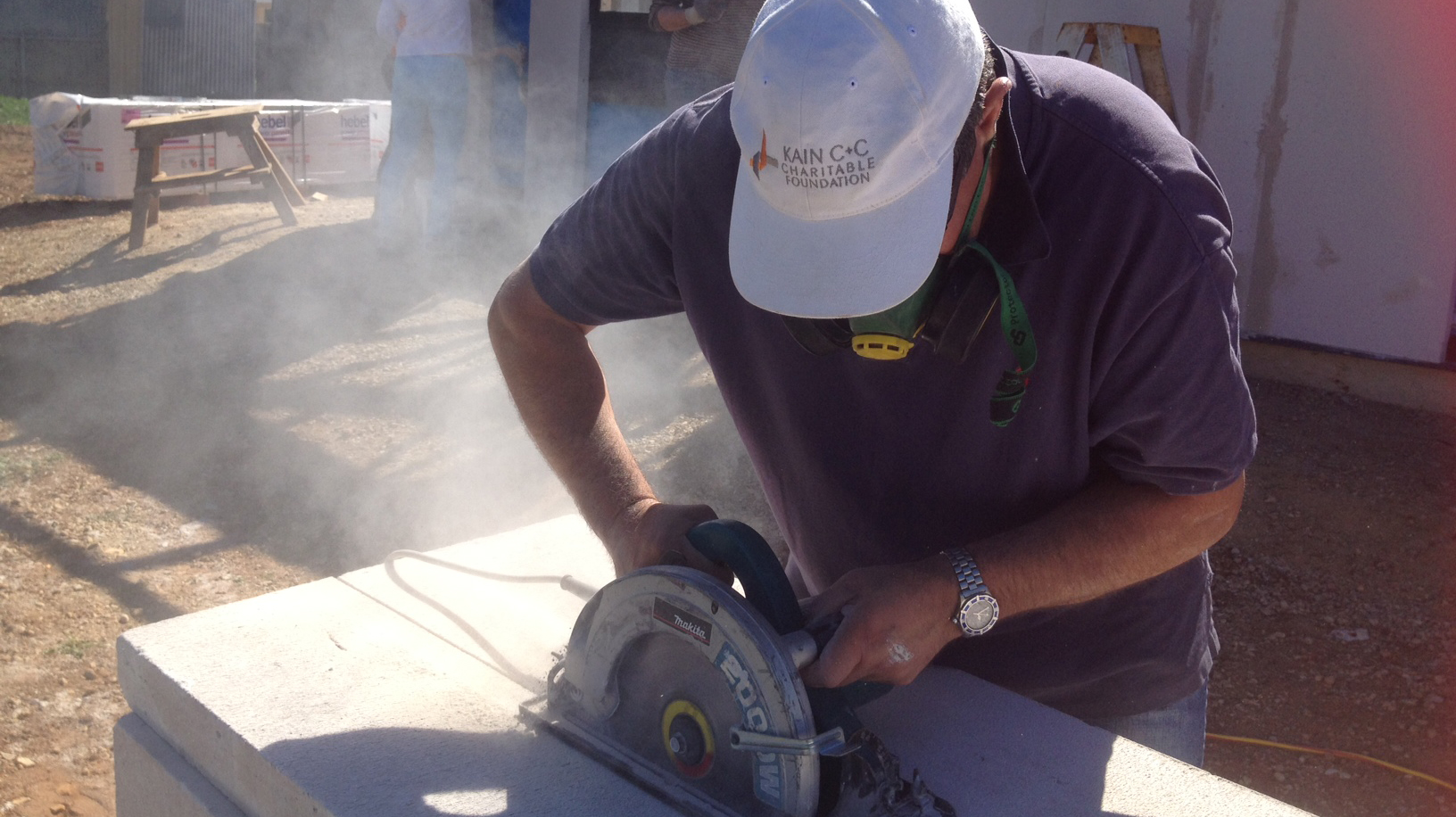 Employees from Kain C+C Lawyers doned the workboots and took to the dirt in April and July to help build a house for a low income family. Mastering the power tools and breaking out in a sweat, the team completed two walls of hebel and moulded cement fence sleepers in April and painted the interior of the house in July. The building days launched the Building Communities pillar, a brand new Foundation initiative focused on connecting corporate employees with local communities in need through hands-on volunteer work. Kain C+C Lawyers will build four times over the coming year contributing to the completion of two homes in the Edgecombe Community, SA.

We have teamed up with Habitat for Humanity South Australia on this project who work to give South Aussies a hand up into home ownership. When I asked one of the Kain C+C team what they thought of the project, they told me,

‘Kain C&C Charitable Foundation has afforded me the opportunity to visit two places in the world I would never have thought to go, Gulu in Northern Uganda; and Davoren Park a Northern suburb of Adelaide. The only things in common with these places are they are both North of their capital city and Kain C&C Charitable Foundation has built a house in both!’

Well… we can’t claim that we’ve built the whole house in Davoren Park, but at least it gives us something to aim for!